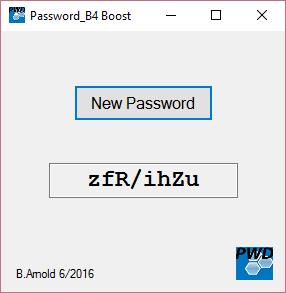 Welcome to the CSIG, a Special Interest Group of the ACGNJ. This is an exciting time for the C Language programming since Microsoft now has 4 different language compilers: C++, C++ Express, C-Sharp, and C-Sharp Express. These are all capable of creating Windows (tm) programs. (Some are FREE!)

Here's a brief synopsis of the coming meeting:

This will be an advanced meeting covering an introduction to BOOST as well as a methodology of creating a Windows C++ Windows Forms Application using Visual Studio 2015. Here's some information from the Boost.org web site:

We emphasize libraries that work well with the C++ Standard Library. Boost libraries are intended to be widely useful, and usable across a broad spectrum of applications. The Boost license encourages both commercial and non-commercial use.

Boost works on almost any modern operating system, including UNIX and Windows variants. Follow the Getting Started Guide to download and install Boost. Popular Linux and Unix distributions such as Fedora, Debian, and NetBSD include pre-built Boost packages. Boost may also already be available on your organization's internal web server.

Also included in the meeting will be a discussion about creating a Windows Forms Application. Here's a summary:

Since 2012, Microsoft has not included a Forms Template for C++ in their Visual Studio Express compiler. This is inspite of the fact that the same compiler includes the template for C Sharp, C#. Because of this we have moved most of our discussion to C# over the past year or so.

This approach seems acceptable for several reasons: 1) C# is a simplier language based mostly on C and C++ and is eaiser to learn; 2) Most C++ programs can be converted to C# programs by simply changing the syntax with an editor. For example, classes use the dot and double-colon syntax instead of the pointer, ->, syntax. 3) Most of the HELP websites emphasize C# and there is lots of source code available.

With this month's brief introduction to BOOST, we have a problem since it only is available to C++ programming. It also seems focused toward Command Line programming as well and not Windows programming.  The goal of this month's meeting is to introduce a methodology of working with a normal Windows Forms application.  Additionally, some BOOST code will also be added to the mix.  One of the BOOST examples has been modified to work inside a Windows application.  And ... the application itself has been created with a special hard coded template section so that it works with C++.  See the Password application image above.

There are a number of ways to refer to Microsoft's latest compilers and code. Here's what Wikipedia says: The Common Language Infrastructure (CLI) is an open specification developed by Microsoft that describes the executable code and runtime environment that form the core of the Microsoft .NET Framework. The specification defines an environment that allows multiple high-level languages to be used on different computer platforms without being rewritten for specific architectures.