Welcome to the C++ Users Group. This group is a "Special Interest Group" of the ACGNJ devoted to discussing programming languages in general and C, C++, and C++ for Windows programming in particular. Each month a small but hopefully useful program (complete with source code) is presented for discussion.

For this month I plan to depart from the usual code discussion to cover several more general topics:

1. A general discussion about trends in the Microsoft Visual Studio Products.  http://acgnj.barnold.us/Csig1306.htm


2. A discussion about Bjarne Stroustrup's latest book as shown on the September SIG site. http://acgnj.barnold.us/Csig1309.htm   (See cover and text below.)

3. A discussion and demo on the latest Microsoft compiler: "Visual Studio Express 2013 RC for Windows Desktop". For the demo I will be using the code from the Sept. 2012 meeting called "One Balloon". (Download Csig1209.zip from the Source Code Files) Note: missing from the 2013 compiler is the Microsoft defines file "afxres.h" that is called from my app.rc. A copy from an older compiler should work fine. If not available, email me and I'll send it to you.

Note2: For Windows 8 and 8.1 Metro development, Microsoft is recommending C# instead of C++/CLI. Both are "garbage collection, .NET" programming environments with many code and syntax similarities. Just change "->" to "." and you'll find that many of your class methods now work. The 2013 Visual Studio C# compiler contains all of the Windows Forms tools and other coding aids that you loved about the older compiler IDE's (Integrated Development Environment). Even Class Method lookup and completion is back.[BA]

4. I have found these web sites very valuable:

Although the latest compiler is "2013", it has a reduced feature set since Microsoft is recommending that Windows .NET programming be done in C# (!!!!!!!!!!!). In order to get the full feature set, you have to step back to "2010".  Microsoft will shortly release a free compiler specifically for Windows 8.1 development. Stay tuned to their site. [BA]
This ISO image file enables you to install Visual Studio Express products without requiring Internet access during installation. It includes: Visual Basic 2010 Express, Visual C++ 2010 Express, Visual C# Express, and Visual Web Developer 2010 Express. This download does not include Visual Studio 2010 Express for Windows Phone. After installation, you can try this product for up to 30 days. You must register to obtain a free product key for ongoing use after 30 days. [MS] 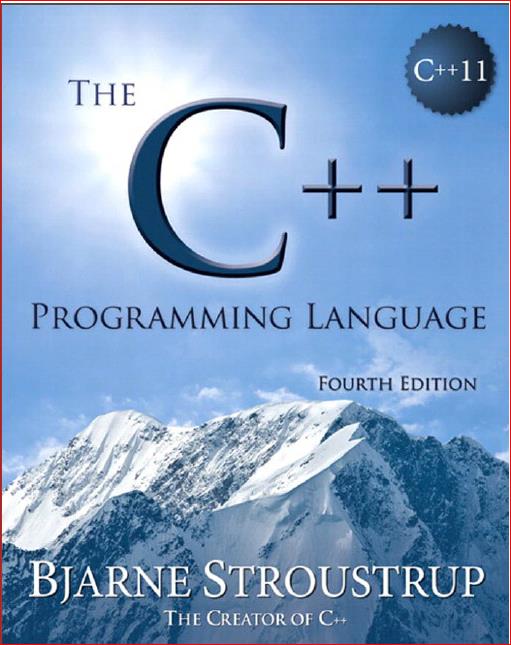 Take a look at the above photo of the cover of Bjarne Stroustrup's latest book.  (BTW. He's the creator of C++)  The complete 1351 page book is available for FREE at his web site.  It's available as PDF's, eBooks, etc. Just go to http://kickass.to/the-c-programming-language-4th-edition-jun-2013-t7708964.html  but don't trip over any of the spam on the site.  In order to download the book you will need a torrent app for your computer. These come standard with all versions of Linux or you can get uTorrent for Windows. Be careful not to download anything other than the book in spite of what it says on the screen. You can also try other web sites by searching on "C++ Programming Language 4th Edition".

If you want to be completely safe regarding spam, use a Linux Ubuntu Disk in "Standalone" mode. (You won't even need a hard drive.) After the download (it goes into ram) just copy the PDF to a USB stick.